The occasion of a brand-new dawning year is often an opportunity to evaluate the past year and set goals for the new year. The goals which people set for themselves often express a desire to better the achievements or situation of the past year. This evidences an inherent desire in human beings to maximize their potentials and become the best that they can be.

Whilst it is desirable and commendable to strive for success all the time, there is a concern in the manner in which success tends to be perceived and measured in present times. It is recognizable that success has tended to be so much viewed in terms of material and monetary possessions. Thus, the goals which people set for themselves tend to be significantly oriented towards wealth accumulation.

END_OF_DOCUMENT_TOKEN_TO_BE_REPLACED Today we celebrate and honour the Holy Family of Mary, Jesus and Joseph. Having celebrated Christmas today we are called to reflect on the gift of family. Ideally, the family is called the domestic Church and this became exemplary during the lockdown where all of us went back to be with our families. It was unfortunate that we also read in newspapers how domestic violence occurred in the families during the lockdown.

It shows that there are some unattended wounds in families. Today we are called to pray for our families. We must learn from the Holy Family of Mary, Jesus and Joseph. The first thing we learn from them today from the Gospel passage is fidelity to God. They followed the law and presented Jesus to God in the Temple as it was the Jewish norm to offer the first male child to God.

END_OF_DOCUMENT_TOKEN_TO_BE_REPLACED 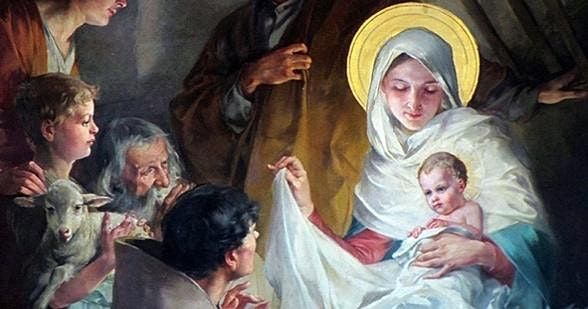 When exploring Salvation History, we get the reality that God has over the times taken the initiative of revealing himself. This took place through the Patriarchs in the Old Testament and the Prophet and so on. God provided numerous revelations of himself throughout Salvation History. The second reading today from the letter to the Hebrews 1:1-6 explains, the culminating of God’s revelation and Christ’s unique superiority. Today we celebrate the birth of our Lord Jesus Christ a superior mode God used to reveal himself to Humanity in order to save us. This is God’s final revelation till he come again in the Parousia (Second coming).

END_OF_DOCUMENT_TOKEN_TO_BE_REPLACED

Though a neighbouring country to South Africa and the Kingdom of Eswatini, little is known about what happens in Cabo Delgado Province in Northern Mozambique. For the last three years violence has killed 2000 people and displaced half a million people.

Pope Francis mentioned the humanitarian crisis in the area during the “Urbi et Orbi” blessing on Easter Sunday. Later on, he surprised Bishop Luiz Fernando Lisboa (Bishop of Pemba) with a phone call:

Today, August 19, 2020, at 11 pm, to my surprise and joy, I received a call from His Holiness, Pope Francis who comforted me greatly. He said he is very close to the Bishop and all the people of Cabo Delgado and is following the situation experienced in our province with great concern and has been praying for us.

At least twice this year, the Bishops’ Conference of Mozambique (CEM) raised their concerns about the situation in the area, assuring their prayers, supporting the local bishop and calling for an end to the conflict:

Having heard the testimony of the situation of great tribulation in which our brothers and fellow citizens of Cabo Delgado are immersed, we want to assure our prayers for all the victims and to express our empathy, communion and solidarity with our brother Bishop, Luiz Lisboa, and to appreciate the witness of pastoral concern that he has boldly and tirelessly given (13 June 2020)We express our fraternal closeness to the brothers and fellow citizens of Cabo Delgado and assure them of our constant prayer in the hope of finding paths of dialogue that will facilitate the end of the terrible conflict and the humanitarian drama (14 November 2020)

What did we see?

We were also able to see the amazing work being done by Caritas Pemba. One of our first visits was to a place where 390 families would receive food parcels. The list of families is provided by government who does the registration. Caritas, as an internationally trusted organisation, receives donations from funders from all over the world.
COVID19 regulations are followed at the food distribution. Masks, for example, were given to every person who attended the gathering.
Together with food for a month, Caritas works towards offering them tools that would allow them to build their future: seeds for planting (as the rainy season should have started by now), sewing machines, tools for carpentry…
An interesting detail we saw was a box where people can report any kind of abuse. These are vulnerable people at risk of experiencing more violence and abuse; therefore a way is offered to them to anonymously share any type of abuse.

We also saw the “good shepherd” heart of the Bishop of Pemba. “We now need to rethink completely our pastoral work in the diocese” he shared during the visits.

At his initiative, priests, who now live in Pemba after their churches and homes have been destroyed, gathered during the week people arriving from a certain area to pray together or for the celebration of the Mass. In this way, they meet again, they update each other on missing relatives, and plan for their future.

We also witness the spirit of the people who do not give up and put the best of themselves to rebuild their future and the one of their families.

The visit was particularly intense and the more we talked and visited, the more we remained with unanswered questions: why so much silence? Not many seem to know about the tragedy affecting our neighbouring country. Who is behind this war? Any war makes us all poorer but someone clearly is benefiting from it. One fears that easy answers are offered to avoid going deeper in the causes… In the meantime hundred of thousands of families have lost everything and many more will experience the same fate unless something is done.