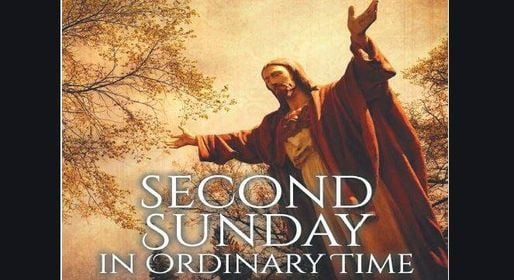 Today, the Gospel presents to us the earliest of encounters between Jesus and his first disciples. It recounts that Jesus was passing by when John the Baptizer declared to his disciples that the one who was passing by is the Lamb of God. Upon hearing this, John’s disciples immediately left and followed Jesus. One outstanding realization in this encounter is that it is John the Baptizer who declares Jesus’ identity to his disciples who appear to be clueless of such. As they walk after Jesus, Jesus turns and asks them what are they looking for. They express to Jesus that they want to see where he lives. Jesus invites them to come and see. It is striking to realize that the role played by John the Baptizer in this scene facilitated the first interaction between Jesus and his first disciples. It appears that the disciples might have remained oblivious to the presence of the Lamb of God amongst them should John the Baptizer have not enlightened them.

A role similar to the one played by John the Baptizer in the Gospel is played by Eli in the first reading. As Samuel was sleeping in the temple of the Lord, the Lord called him. And Samuel, not knowing that it was the Lord calling him, ran to Eli and said: ‘Here I am, for you called me’. Eli says: ‘I did not call, lie down again’. The scene repeats itself three times and Samuel realizes that it is the Lord calling young Samuel. Eli then instructs him to go and sleep and, should the voice come again, he must answer: Speak, ‘LORD, for your servant is listening’. The scriptures declare that Samuel couldn’t perceive that it was the Lord calling him because he did not yet know the LORD, nor had the word of the LORD yet been revealed to him.

A common lesson that we can draw from both texts is that there is a need for a deepening of our Christ experience. As Christians, it is our responsibility to bring the world to a constant and proper awareness of Christ. In order to properly fulfill this role, we need to intensify our closeness to Christ, we need to be able to discern his presence and voice in every situation. In many ways, Jesus passes by in the ordinary circumstances of our lives. Yet, we often fail to recognize his presence because of our limited discernment abilities. We also fail to hear his voice as he continuously calls us to be his proper and worthy disciples.

We also recognize the indispensability of common fellowship. It is through journeying together that we attain to the fullest experience of God. God has revealed that He has bestowed some gifts and graces on some individuals for sake of the spiritual betterment of others. The sharing of spiritual gifts thus becomes an important duty upon all the spiritually gifted. The importance of the virtue of humility is also highlighted in today’s theme. Samuel was humble enough to return to Eli several times for a seemingly futile reason. Our faith calls us to be obedient in many areas of our lives. We nourish our spiritual life and allow God to speak to us in a profound manner when we uphold the virtue of obedience. May pray that God may grant as the grace recognize his voice and follow him accordingly as he continuously calls us unto himself.